On behalf of DECC, a new data resource is now available through the UKOGL interactive map. A series of 3 Prospectivity Reports, commissioned in the mid 1980’s, can be now be accessed under the Governmental Layers in the Table Of Contents. 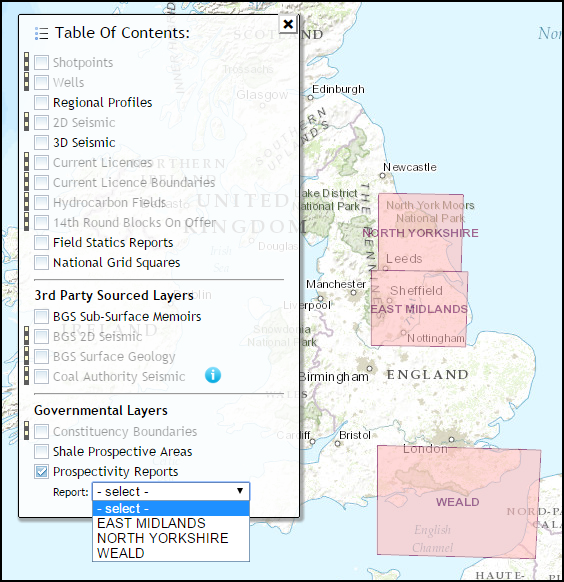 For each report, hyper-links allow for a contents overview, list of figures and list of enclosures to be previewed or for the full report to be downloaded. 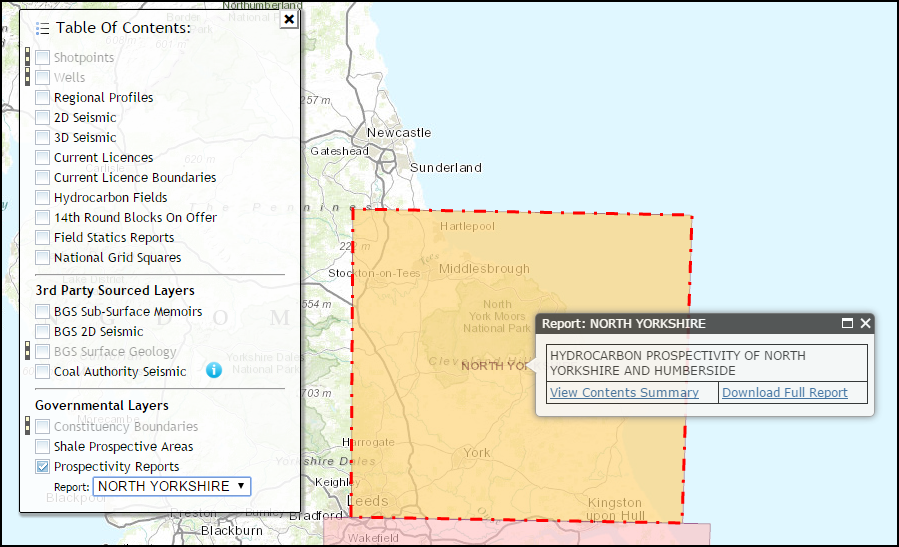 The 3 reports available to date are:

A 4th report over the northern Weald and Wessex Basin area has just been added. “A Hydrocarbon prospectivity study of the Vale of Wardour Area”  was commissioned by the Petroleum Engineering Division of the Department of Energy in 1981 (R.A. Chadwick et al) and describes the prospectivity and the Lower Paleozoic, Permo-Triassic and Jurassic.